Benedictine, Goetta, Burgoo—they sound like the names of award-winning thoroughbreds. But they’re actually some of the most beloved local foods in Kentucky. These sweet and savory favorites are not only delicious, but they also have rich histories, dating back dozens or even hundreds of years, and they provide a deeper understanding of the Bluegrass State and its people. Anyone planning to explore Kentucky should definitely include a culinary tour in the itinerary.

Of course, this trifecta of traditional foods is just a sampling of the state’s culinary delights, so grab a fork and follow this circuit to eat like a born-and-bred Kentuckian!

A legacy of the German immigrants that settled south of the Ohio River in the 1700s, goetta is a mixture of pork, beef, oats, spices and water or broth that's boiled until it’s thick as molasses. It’s then shaped into a loaf, chilled, sliced and fried until crisp. Traditionally made at home as a hearty farmer’s breakfast, goetta is now commercially available from Glier’s Goetta. Right across the street from Glier’s, hungry travelers will find the Anchor Grill, a retro 24-hour diner known as the place in town to get a late-night or sunrise goetta fix. 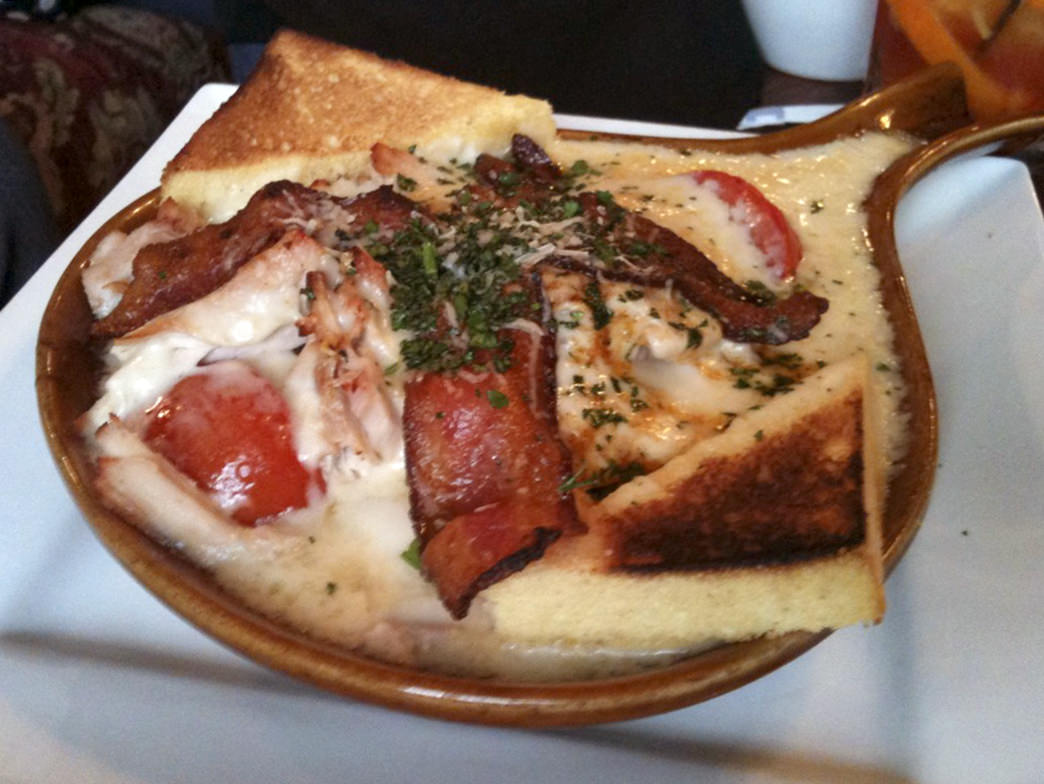 As a renowned culinary destination, Louisville has its share of iconic treasures. One of the lesser known to outsiders is the festively bright benedictine spread. Invented by Jennie Benedict in the early 1900s, this sandwich spread is made from cream cheese, cucumber juice, onion juice, seasonings and a couple of drops of green food coloring. Try it at Crescent Hill Craft House with a pint of a local craft brew, another rising item on any food tour of the Bluegrass State.

Ahhh the Hot Brown, the signature sandwich of Kentucky. Try this open-faced turkey, bacon and cheesy Mornay sauce delight right at the source, J Graham’s Café inside of the Brown Hotel. Invented at the Brown Hotel in 1926, this sandwich is often found at Derby parties and is sure to be found on restaurant menus around the state.

A special treat for the uninitiated is Henry Bain's sauce. Invented by a waiter while working at the Pendennis Club, this sauce has become famous for its sweet and spicy flair. Ingredients include chutney, ketchup, chili sauce, steak sauce, Worcestershire sauce and hot sauce. And, it’s OK to fall in love with it, because you can now buy bottles of it at the club.

For 60 years, Magee’s Bakery in Maysville has been making Transparent pie, which is similar to its better-known cousin pecan pie, but doesn’t have nuts and boasts a distinct flavor all its own. The origin of transparent pie is difficult to nail down, but it possibly dates back to the 1800s, when people cooking in small farm kitchens had to be creative with what they had on hand: eggs, sugar, butter, cream and bit of flour. 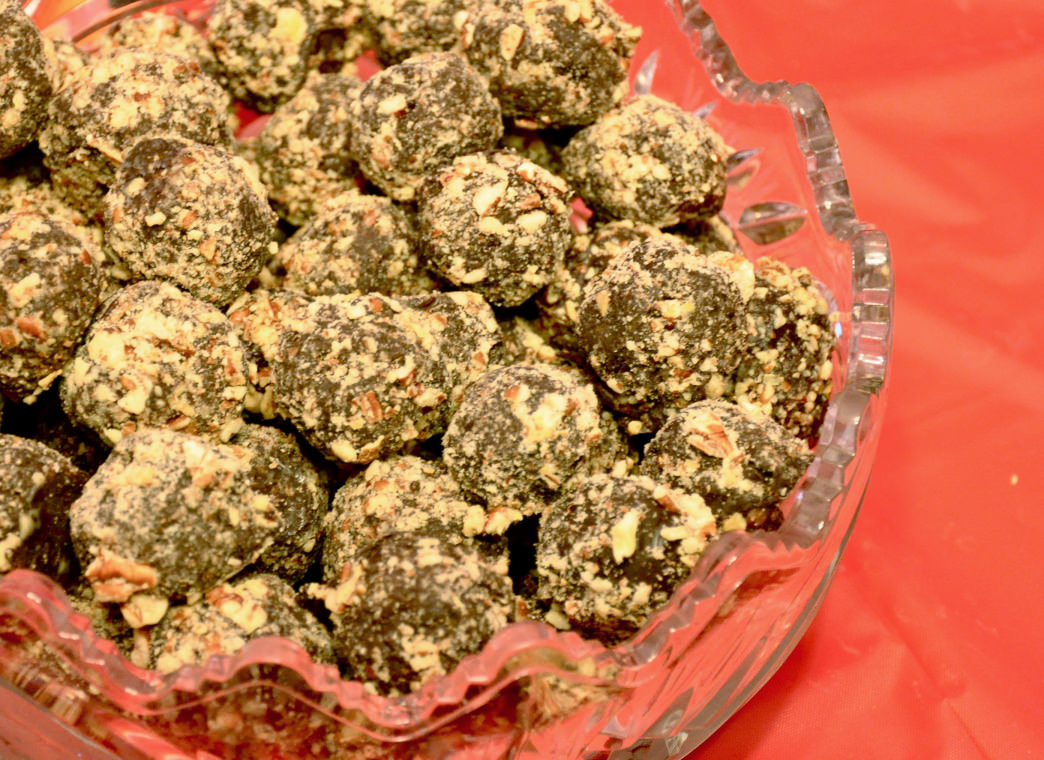 As the birthplace of America’s only native spirit, it’s no surprise that Kentucky has worked bourbon into every nook and cranny of its cuisine, including dessert. When Ruth Hanly Booe invented bourbon balls in 1938, they quickly became popular and remain a Southern classic. The traditional version contains bourbon, vanilla wafer crumbs, cocoa, confectioners' sugar and sometimes pecans. Why not take some home? At the Rebecca Ruth Candy Factory, you can pick up a box of bourbon balls made with Evan Williams Kentucky Straight Bourbon, or Mint Julep candies that combine bourbon, mint and chocolate.

Born in Clark County in the 1940s, beer cheese has been a staple of Kentucky’s appetizer menus for almost 80 years. A creamy spread made of cheese, beer, garlic and cayenne, its popularity reaches into neighboring states. For the most authentic recipe, visit Halls on the River, home of Original Snappy Beer Cheese. When Queen Elizabeth II visited Kentucky to tour thoroughbred horse farms, she loved Snappy Beer Cheese so much that she took home a tub of the stuff. To ensure that you get the full beer-cheese experience, consider planning a trip to Kentucky during the Annual Beer Cheese Festival.

Another local favorite to crow about is Ale-8-One. Crafted in 1926, it's the only soft drink invented in the state that is still produced today. For decades, Ale-8-One was only available in Kentucky, and loyal fans from neighboring states would buy cases of the gingery caffeinated soda and take them home. For an ice cold Ale-8-One, stop by JK’s at Forest Grove, where you’ll also find amazing Southern cooking, including beer cheese. 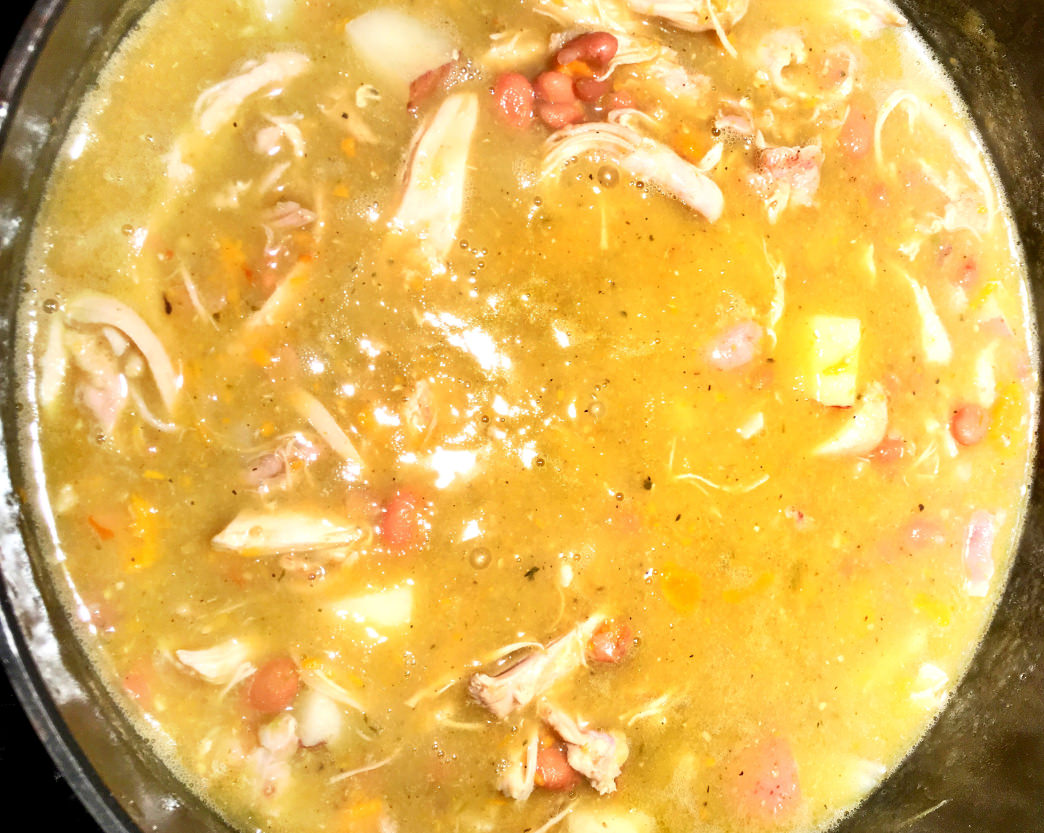 Once only the fare of Appalachian kitchens and hard-working mining families, soup beans are now a trendy food on the Lexington heritage cooking scene. Slow-cooked pinto beans with smoked pork create a savory dish found on menus across the city. Try the red-pepper spiced version at the Windy Corner Market, where soup beans are served with fried corn cakes, another regional favorite.

If you’re going to explore Kentucky’s culinary scene, you have to consider the state’s most well-known product—bourbon. For a true aficionado’s experience, check out the Bluegrass Tavern bourbon bar, which serves more than 450 varieties of bourbon. It’s also a superb place to enjoy a Mint Julep, a classic Manhattan or a retro Old Fashioned.

Any foodie tour of Kentucky simply wouldn’t be complete without a stop at the American classic Beaumont Inn, where the buffet is filled with Kentucky favorites like country ham and fried chicken. However, it’s the corn pudding that makes the inn a prime destination. A traditional potluck favorite, it’s a baked side dish that can best be described as a corn-filled custard-like delight.

For dessert head on over to Shaker Village for another hyper local specialty, Shaker Lemon Pie. Created on a historic Shaker farm decades ago, this delightful pie is tart, sweet and filled with paper-thin slices of whole lemon, making for a taste bud explosion like no other.

Berea’s arts scene and natural scenery make it a great destination for travelers. Add in the spoonbread at Berea College’s elegant Boone Tavern and it’s a perfect place to spend a weekend. While the origin of spoonbread is a bit of a mystery, many believe it has come down from a Native-American recipe. Most closely compared to corn bread, this regional dish is more like a heavy souffle in all it’s egg-y, buttery, moist goodness. Berea also hosts an annual Spoonbread Festival.

It should come as no surprise that cooks in the Land Between the Lakes area know their way around a fried fish. On the western shore of Kentucky Lake, folks return year after year to the Catfish Kitchen to feast on their fried catfish (including gluten-free recipes), soup beans and world-class hush puppies. 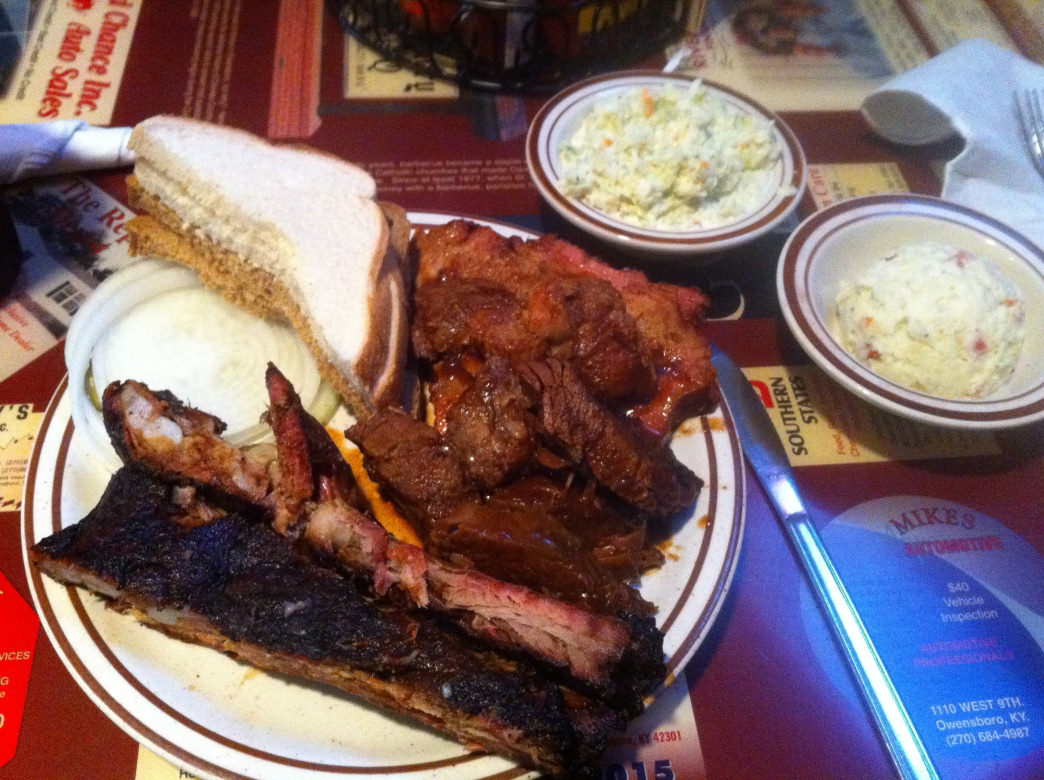 A staple at most barbecue places, burgoo is a slow-cooked, thick and savory stew usually made from pork, mutton or beef and an assortment of veggies, such as okra, corn, lima beans and potatoes. Some historians claim burgoo’s roots are more rustic and that the original ingredients included game, such as venison, squirrel and anything else hunters could catch.

At Old Hickory Bar-B-Que in Owensboro, six generations of the Foreman family have been serving award-winning burgoo for 100 years. Another of their specialties, not seen on many American menus, is a wide assortment of mutton.

Originally written by Lisa Collard for RootsRated in partnership with Kentucky Tourism.