Discover all that is quintessentially Kentucky on this east-west roadway – from Louisville’s buzzing bourbon and culinary scene to the proud musical and cultural heritage of the Appalachian Mountains.

You’d be hard-pressed to find a route that better showcases all the Bluegrass State has to offer. Interstate 64 travels from Kentucky’s largest city, Louisville, to the mountain community of Ashland, passing through the heart of Horse Country along the way.

If you allow yourself the time to explore, you’ll discover the culinary movement garnering national attention in Louisville (Top Chef, anyone?). Stop and shop at the state’s largest outlet mall, or learn more about Kentucky’s rich history at the State Capitol or Thomas D. Clark Center for Kentucky History. Browse local folk art, try some famous Kentucky beer cheese, and end your journey in Ashland, on the eastern edge of Kentucky, where scores of country music stars got their start.

The Parklands of Floyds Fork

The Outlet Shoppes of the Bluegrass

Even if you only have an afternoon, there are countless gems in the Louisville area perfect for a quick stop or a leisurely exploration.

Just off I-64 in downtown Louisville, the Louisville Slugger Museum & Factory is a treat for baseball fans young and old. Here you can tour where the one-and-only Louisville Slugger bats – used by Major League Baseball players – are made, make your own personalized bat, slug it out in the batting cages and touch thousands of autographs burned into the wooden Signature Wall.

Two blocks away, learn all about Louisville’s hometown hero at the Muhammad Ali Center. This museum explores the life and legacy of the legendary boxer, who was also a noted humanitarian, with an expansive permanent collection and rotating exhibits.

From one champion to dozens more at the Kentucky Derby Museum, you’ll want to save some time to explore Kentucky’s historic horse-racing culture. General admission gets you access to interactive exhibits, visits with the museum’s resident thoroughbred and companion pony, and a guided walking tour of the iconic Churchill Downs racetrack, where 20 horses compete in the Kentucky Derby each spring.

As you leave the city, take the opportunity to explore one of Louisville’s crown jewels, The Parklands of Floyds Fork. Louisville’s beautiful city park system was designed by Frederick Law Olmsted – famed designer of New York City’s Central Park – in the 1890s. The Parklands offers hiking, biking and canoe trails, playgrounds and spraygrounds, a dog park and more.

In need of a little retail therapy? Consider The Outlet Shoppes of the Bluegrass your new favorite roadside attraction. Shop more than 90 retailers, ranging from department stores like Saks Fifth Avenue Off Fifth to upscale retailers like Tory Burch, Gucci and Polo Ralph Lauren to family favorites including American Eagle Outfitters, Nike and Under Armour.

Follow your nose (and your appetite) to Claudia Sanders Dinner House – yes, that Sanders. Claudia Sanders was the wife of Colonel Harland Sanders, the iconic founder of Kentucky Fried Chicken and a longtime resident of Shelbyville. As the Colonel launched his chicken empire, Claudia opened this elegant restaurant, which features Southern recipes ranging from Kentucky ham and biscuits to BLTs – and, of course, fried chicken. Stop by for lunch or family-style dinner, and if you get a hankering for Mrs. Sanders’ cooking, try her original recipe for Eggplant Casserole (Mock Oysters) at home.
Read More: Fried Chicken Trail

From Shelbyville it’s just 26 miles to Frankfort, the state capital of Kentucky. There’s much to explore here, including the Kentucky State Capitol itself, a grand Beaux Arts structure dating to 1904. Visitors are welcome to tour both the building and the grounds, but should first stop at the Tour Desk.

You may hear locals refer to it as the “New State Capitol;” that’s because the building replaced the Old State Capitol, which was built in 1830. Today, that building houses the Thomas D. Clark Center for Kentucky History, an expansive museum that charts Kentucky’s colorful heritage with exhibits geared toward adults and kids alike.

If you’re visiting Frankfort on a nice day, be sure to visit Josephine Sculpture Park, a free public art park that is open every day from dusk to dawn. Walking paths ramble through meadows strewn with sculptures of all shapes and sizes. It’s a great place to introduce kids to culture (or just let them burn off some energy), and there is a dog park as well.

The Bluegrass, Horses, Bourbon & Boone region of Kentucky was once America’s western frontier, attracting trailblazers like Daniel Boone; things only got more colorful from there. From tobacco farms to bluegrass music, learn more about the region at the Bluegrass Heritage Museum in Winchester. Hungry for more local flavor? Take a side trip on the Beer Cheese Trail, where you can sample this Central Kentucky concoction that charmed Queen Elizabeth II on one of her many visits to Kentucky.

If you love Kentucky bourbon, chances are you’ll love it in candy form, too. That’s the specialty at Ruth Hunt Candy Co., purveyors of everything from chocolate bourbon balls to Woodford Reserve® Candies. Other must-tries include Blue Monday Candy Bars and Blackberry Jam Cake.

Around the town of Morehead, you’ll cross from the Bluegrass, Horses, Bourbon & Boone region into the Kentucky Appalachians. This is a great place to pull off the highway and explore the natural attractions the region is known for. One such place is Cave Run Lake, a 8,270-acre lake ringed by mountains that is known for its fishing, boating, hiking and hunting.

Exit 137 is also home to the celebrated Kentucky Folk Art Center. Located on the Morehead State University campus, the museum collection encompasses more than 1,400 works by untrained Kentucky artists, some of whom are featured in the Smithsonian Museum of Art.
Read More: An Insider's Guide to Morehead: A True Sheltowee Trace Trail Town

Natural beauty and adventure – both above and below ground – abound at Carter Caves State Resort Park, which sits atop more than 20 caverns in Eastern Kentucky. Activities include cave tours, hiking and biking, golf and canoeing. There’s a resort lodge and campground, as well as an in-house restaurant which is part of the State Park Plates trail.
Read More: An Insider's Guide to Olive Hill: A Place for Music, Community & the Great Outdoors

The river city of Ashland is your last stop before leaving the Commonwealth. This unique region has produced scores of country musicians; Billy Ray Cyrus and The Judds got their starts in Ashland, and stars like Loretta Lynn and Chris Stapleton grew up just a few miles down the road. The Highlands Museum & Discovery Center shines a light on this music heritage and other aspects of the region.
Related Trip: The Country Music Highway (U.S. 23) runs from Ashland south to the border with Tennessee, and is home to more hit country music artists per capita than anywhere in the world. 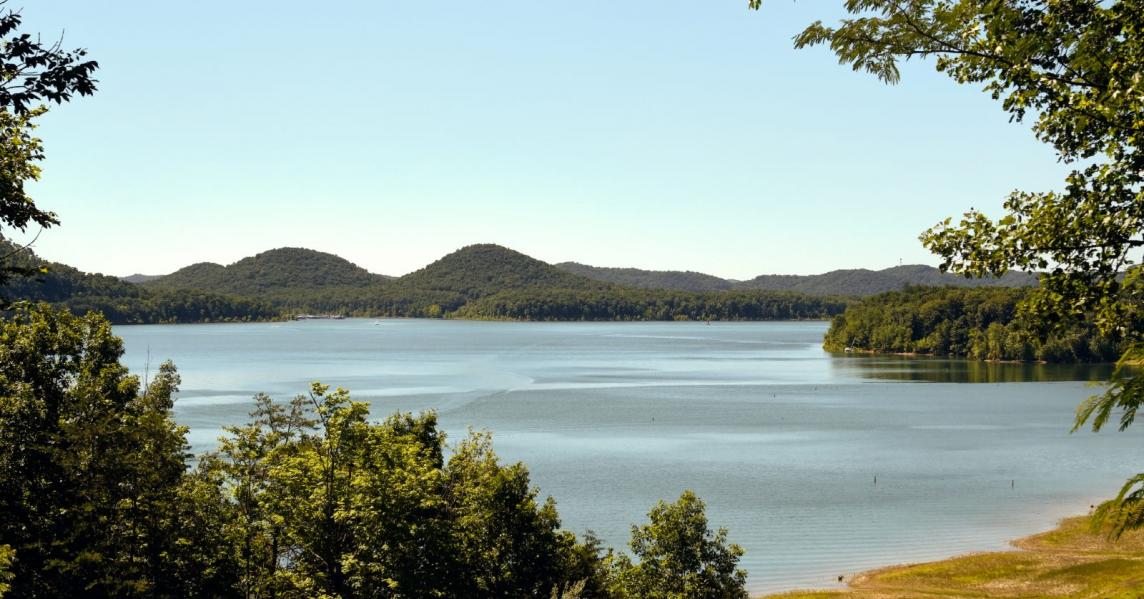 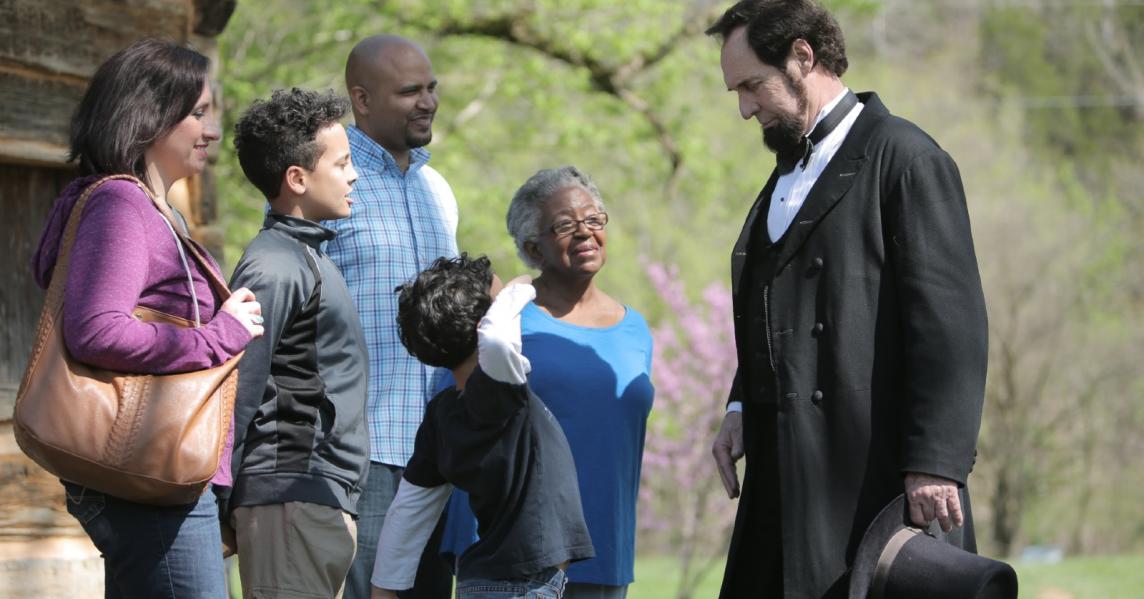