10 Kentucky Specialties
You Need to Try

You already know bourbon is made in Kentucky, but have you ever tried Kentucky’s official soft drink, Ale-8-One? How about decadent sweets such as Derby-PieⓇ or bourbon balls from Rebecca Ruth Candy Company? Add these signature foods to your must-try list, and find a recipe or two so you can enjoy the Kentucky goodness at home. 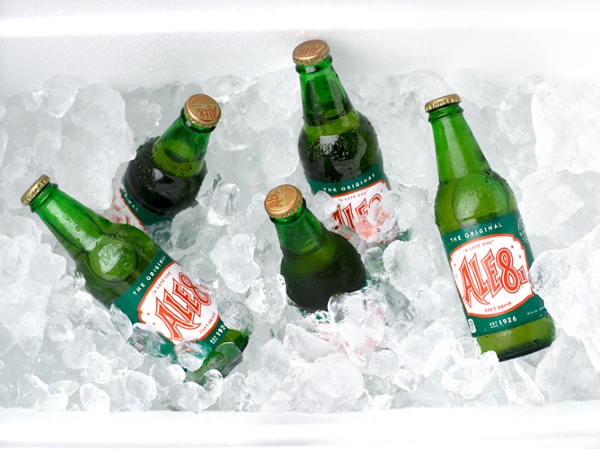 Bourbon may be king in Kentucky, but it’s not our only homegrown beverage. This ginger-citrus soda has been bottled in Winchester since 1926, when G.L. Wainscott developed the original formula. The name, a shortened version of "A Late One" (meaning, the latest thing in soft drinks), was chosen in a naming contest at the Clark County Fair. For decades, people in other parts of the country bribed friends and family to ship them a bottle or case. Today, Ale-8-One is available throughout Kentucky and at least five states, as well as at many Cracker Barrel and Fresh Market locations. Take a free tour of the factory (by appointment), and stop by the Company Store to pick up memorabilia and specialty items. Or, shop Ale-8-One soda, salsa, BBQ sauces and more online. 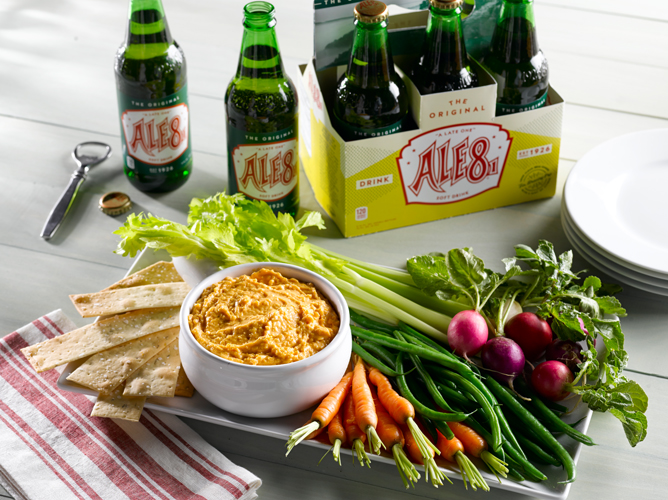 Beer. Cheese. Does it get any better? Like Ale-8-One, beer cheese originated in Winchester, and you can explore its delicious beginnings on the Beer Cheese Trail or at the Kentucky Beer Cheese Festival. Despite being a Kentucky original, beer cheese has fans far and wide; Queen Elizabeth II was reportedly spotted with the dip after a visit to Kentucky. Eat it with crackers or veggies – just try to resist licking the bowl! 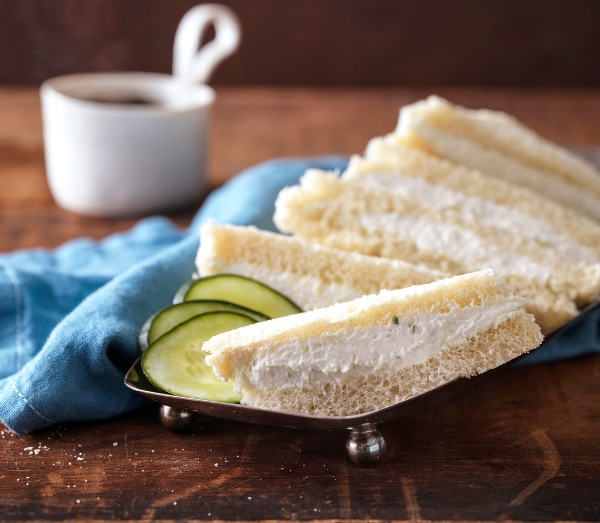 Benedictine is a creamy spread made with cucumbers and cream cheese. It was created at the turn of the 20th century by Jennie Carter Benedict, a businesswoman, restaurateur and food writer from Louisville. This refreshing spread is most commonly served on sandwiches and canapés or as a dip for chips and potatoes, but Kentucky’s chefs and home cooks have come up with many variations through the years. 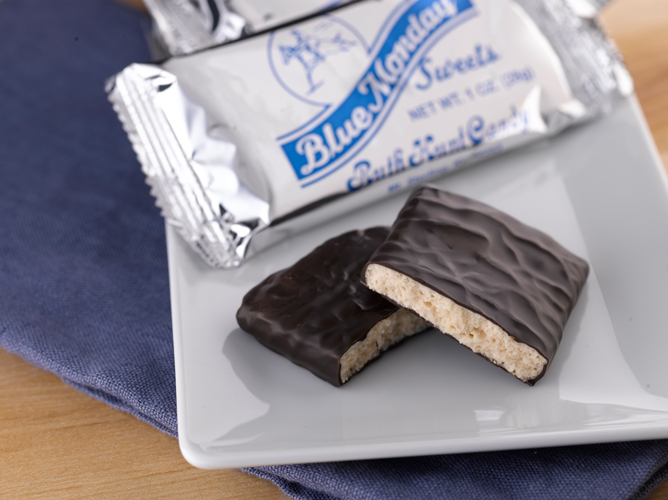 Blue Mondays are the signature product (and invention) of the Ruth Hunt Candy Company, located in Mt. Sterling, Kentucky. A regional favorite for more than 90 years, the candy consists of a soft cream center enveloped in semi-sweet chocolate that almost instantly melts in your mouth. Blue Mondays are made using old-fashioned, hands-on methods, which you can see for yourself on a Ruth Hunt Candy Factory tour, offered most days of the week. 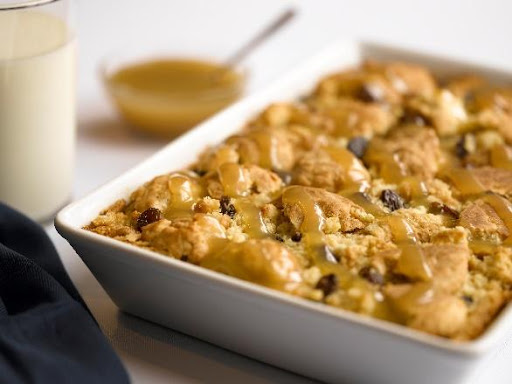 A classic American dessert with many regional variations, the Kentucky version of bread pudding is often topped with sauce made with – what else? – Kentucky bourbon. Consisting of “old” plain bread cut into cubes and soaked with eggs, sugar, butter, milk, various fruits (such as raisins or bananas), and spices such as vanilla, nutmeg or cinnamon, this creamy dessert is a favorite on Kentucky tables, especially when served with vanilla ice cream. 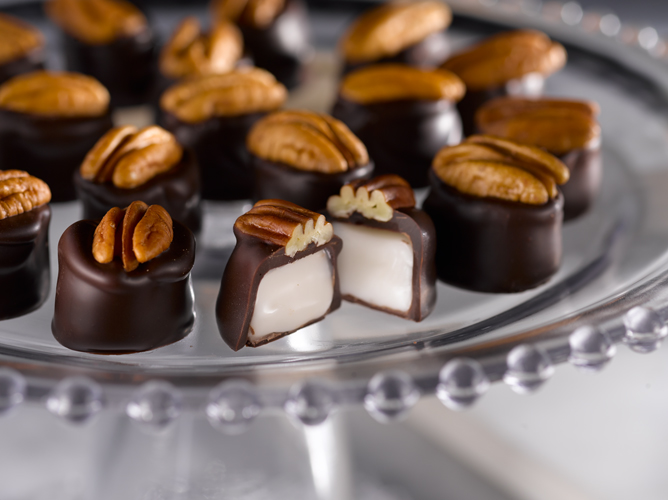 Bourbon balls are chocolate-covered candy confections infused with real bourbon. They were developed in the 1930s by Ruth Booe, co-founder of the Rebecca Ruth Candy Company in Frankfort, when a local dignitary suggested that she spike the chocolate with bourbon. Booe spent years perfecting the recipe, and the result is a gourmet classic that is firmly rooted in the state’s culinary history. Tour the Rebecca Ruth Candy Factory & Museum to see how these delightful confections are made (and take home a box or two).

This only-in-Kentucky dessert was invented by Walter and Leaudra Kern in 1950 at the late-great Melrose Inn. You don’t have to wait for the Kentucky Derby to enjoy this decadent confection, made with chocolate and walnut filling in a pastry shell crust; it's sold at restaurants, stores and state parks throughout the Commonwealth. Fun fact: the name Derby-PieⓇ was pulled from a hat! 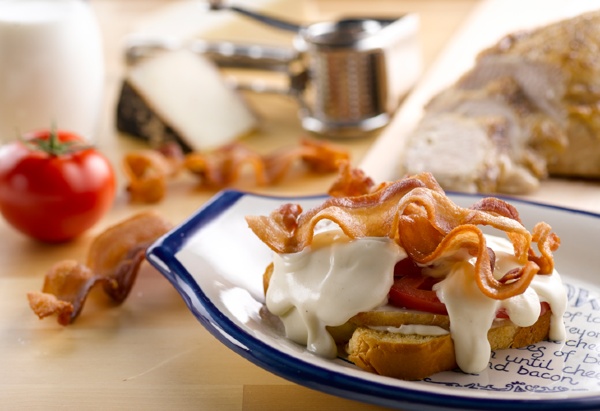 Created in the 1920s by Chef Fred Schmidt at Louisville's Brown Hotel as a treat for guests of the hotel's nightly dinner dance, the hot brown has become Kentucky's signature sandwich. Featuring turkey, bacon and a generous helping of Mornay sauce, the sandwich is served open-face and broiled to golden, bubbling perfection. Today’s versions often include ham, pimento, parmesan cheese and sliced tomatoes. Since its origin, the hot brown has reached legendary status, and the sandwich has graced numerous magazines, cookbooks and cooking shows. Many restaurants serve their own version, but to get the authentic hot brown, you need to visit the Brown Hotel, one of the stops on the Hot Brown Hop. 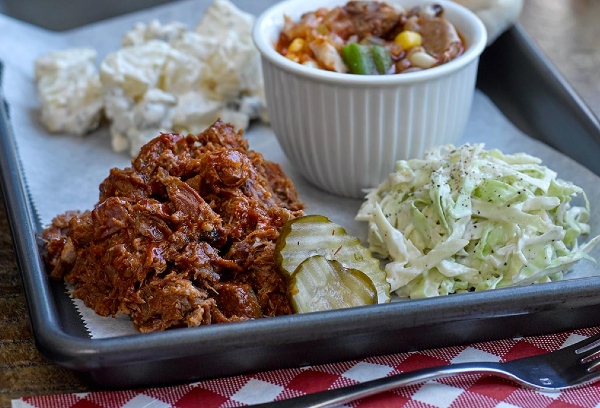 Differing from most styles of Southern barbecue, the Western Kentucky variety consists of pork, chicken or mutton, slow roasted pit-style over wood coals for a perfect smoky flavor, and then sliced very thin and layered on sandwiches. Rather than a thick, sweet tomato-based sauce, the meat is served with a thinner, vinegar-based “dip” – or sometimes with no sauce at all. Want to discover for yourself why Western Kentucky is one of the tastiest BBQ regions out there? Try more than a dozen top-notch barbecue restaurants on the Western Kentucky BBQ Trail, or attend the International Bar-B-Q Festival in Owensboro, dubbed the "BBQ Capital of the World." At events like the Fancy Farm Picnic, thousands of pounds of mutton are prepared and topped with a variety of sauces – ranging from vinegar-based to hot and spicy. 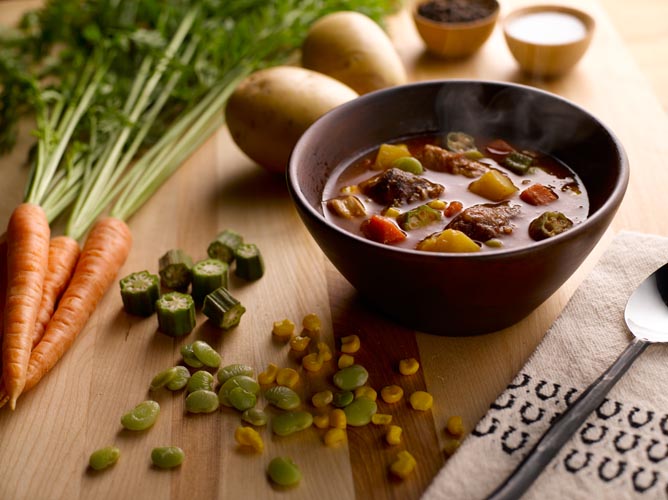 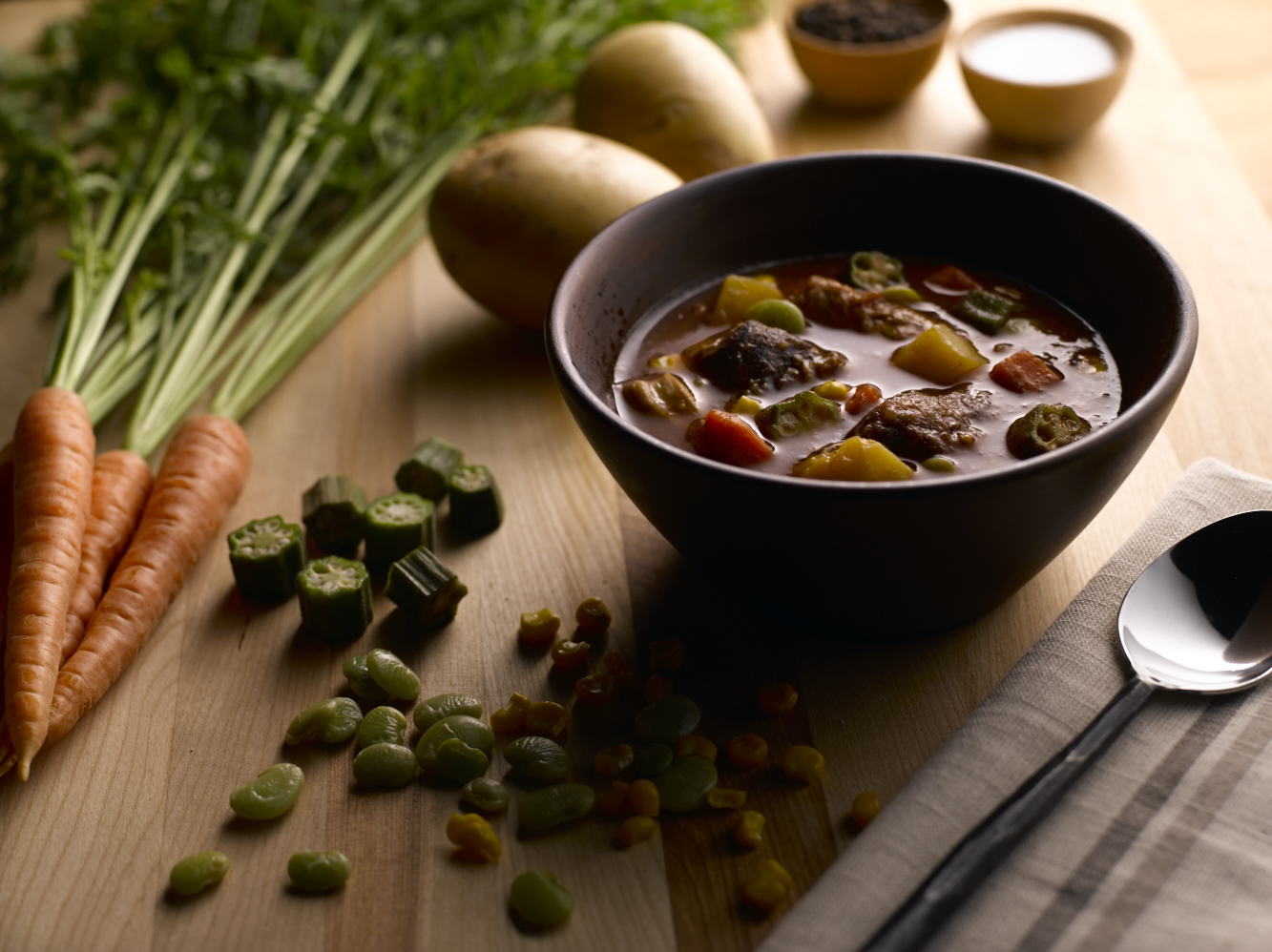 Burgoo – sounds fancy, right? Nothing could be further from the truth. Kentucky’s most famous stew is hardly ever prepared the same way twice; it’s usually made with whatever you can find to toss in the pot. Burgoo is made with meats such as mutton, pork, beef and chicken. Yummy garden vegetables add color and flavor, like potatoes, corn, carrots, onions, celery and lima beans. The slow-cooked, well-seasoned result takes center stage at many a social gathering here, including the Kentucky Derby. Although many consider burgoo a Western Kentucky specialty, you’ll find it on the menu at restaurants statewide. There's even a Burgoo Festival in Anderson County!

The official cocktail of the Kentucky Derby, this drink is a summertime staple – especially when served in a frosty silver cup.

The Old Fashioned cocktail was invented in Louisville sometime in the 1800s, but don't let the name fool you; this timeless classic is more popular than ever.