8 Iconic Kentucky Dishes to Try in Your Lifetime

In Kentucky, there are so many local flavors that you might not get the chance to taste them all. So, we’ve listed the most important and iconic tastes to try on your next visit to the Bluegrass State.

The Hot Brown was created at the Brown Hotel in downtown Louisville in 1926, and it's still the best place to try one. The Hot Brown is an open-faced sandwich with bread and turkey covered in cheesy mornay sauce, topped with bacon and tomato then toasted in the broiler and served hot.
Best place to try: The English Grill or J. Graham’s Cafe, both at the Brown Hotel, 335 W. Broadway, Louisville, Kentucky

Spoonbread is more of a side dish, but this moist corn souffle is not one to be missed. Believed to be a Native-American recipe, the first written spoonbread recipe dates to 1847. In Berea, Kentucky, the spoonbread capital, every local has an opinion on the best place to get it. Berea is also the home of the Spoonbread Festival, where you can try several different versions and form your own opinion.
Best places to try it: Boone Tavern, 100 S. Main Street North, Berea, Kentucky, or the Spoonbread Festival, held in September.

Jennie Carter Benedict, a caterer and cookbook author, invented the cucumber and cream cheese spread in the 1890s. It’s used to make sandwiches and as a delicious dip for crackers, plus you can use it as a salad dressing! This spread has a delicious and unique flavor.
Best place to try: The Cafe, 712 Brent St., Louisville, Kentucky. Or, you can find it in some Kentucky grocery stores if you're lucky.

This spicy stew was traditionally made with whatever meats were available at the time, including squirrel, opossum, or raccoon. Now it's more typically made with chicken, pork or mutton, with each restaurant creating their own unique version. Burgoo also contains vegetables such as as cabbage, potatoes, lima beans, corn, okra and tomatoes. It's a slow-cooked dish with the starch from the vegetables working as a natural thickener. In the past, preparing burgoo was a group activity, and attendees brought their own ingredients to be added. The best burgoo is thick enough for a spoon to stand up in it, and it’s a unique dish you won’t soon forget.
Best place to try: Old Hickory Barbecue, 338 Washington Ave., Owensboro, Kentucky, or almost any barbecue joint in Kentucky.

Every place known for barbecue has its own flavor, and Kentucky is no different. Kentucky barbecue is mostly known for its mutton, or sheep meat. In Daviess County, sheep were brought in by Welsh settlers, and when a ewe got too old to lamb, the farmers would cook it. Because mutton is a tough meat, it was cooked low and slow, creating a tasty barbecue. Hickory wood is used most often because it was local to the area, and creates a  flavor that’s worth a road trip to Owensboro.
Best place to try: Moonlite Bar-B-Q Inn, 2840 W. Parrish Ave., Owensboro, Kentucky 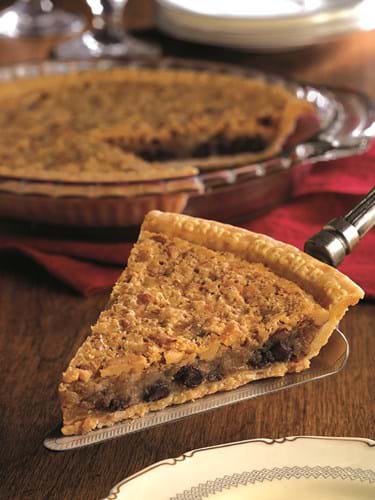 There is only one Derby-Pie®, and that’s the one made by Kern’s Kitchen, which owns the trademark. The delicious chocolate-walnut pie with a pastry dough crust was created by George Kern in 1950 at the Melrose Inn in Prospect, Ky. These days you can order it frozen from Kern’s, or you can get it at some restaurants served as dessert.
Best place to try: A Taste of Kentucky, various locations. (This is a store, not a restaurant, so you can buy it frozen and then warm it up in your own oven.)

This uniquely Louisville bar snack consists of oysters that are rolled in breading until they’re the size of a baseball, and then deep-fried. This delicious treat was created by Italian immigrant Phillip Mazzoni and his brothers in the late 19th century and was served at Mazzoni’s Cafe until the restaurant closed in 2008 after being in business 125 years. You can still find rolled oysters in many Louisville restaurants.
Best place to try: Kingfish, 3021 River Rd., Louisville, Kentucky

Lots of places serve what they call beer cheese, but there’s nothing like true Kentucky beer cheese. It’s thick, cheesy and spicy, and will delight your taste buds like nothing you’ve ever had. It’s usually made with sharp cheddar, beer, garlic and spices, and most people are loyal to their favorite brand. It’s traditionally served as a dip with celery sticks or saltine crackers, but it’s delicious with any crunchy treat, such as pretzels or potato chips.
Best place to try: Hall’s on the River, 1225 Athens Boonesboro Rd., Winchester, Kentucky, or the Beer Cheese Festival in Winchester in June.

Originally written by Lisa Hornung for RootsRated in partnership with Kentucky Tourism.